You are here: Home / The Ecosystem Economy

What does economy mean? Why does money exist? How does it work?

Have you ever wondered what the ‘economy’ actually is? Or have you ever considered why money exists, where it comes from and how it works? We all live in an increasingly globalized world where a ‘crisis’ in one country can have a large or small knock on effect in our own. How did we get to this point and how might the ‘economy’ be different in the future?

For many years the idea of economic growth has continued while ignoring the costs of externalities such as the environment and air, land and water pollution. Today we are becoming accountable for some of these costs and although some continue with the old ways, many people are shifting decision-making to take smarter decisions and opting to create a cleaner and healthier planet.

In this section on the economy, we explain some basic economic concepts and introduce you to some of the new ways of thinking about the economy, ideas like the ‘Blue Economy’ and ‘Circular Economy’.

In the last few years, he has received more and more coverage in the media of his idea of the vertical farm. He was the base for the development of the concept of vertical farming from 1999. He developed this together with graduate students in the medical ecology class at Columbia University. His work was continued by Ontarian eco-architects like Gordon Graff (“University of Waterloo’s School of Architecture”).

Current methods for sustainable product development are directed to reduce the harmfulness of the product. The product is seen as part of a chain with three parts; arising (raw material extraction, production), use (energy consumption and consumption of excipients such as washing powder and petrol) and dismissal (recycling and landfill). The “to make less bad” part of a product consists of; choosing cleaner raw materials, an efficiency improvement of the product in use and optimizing the recycling. This is, despite the use of term ‘recycling’, seen as designing a product from “cradle to grave”.

An alternative approach is “cradle to cradle”. The central idea of the “cradle to cradle” philosophy is that all the materials used to create the product can, after the end of the product life, be used in another product. One difference with conventional recycling then is that there is no loss of quality, and no residues to be disposed of as is found in the “cradle to grave” designs. This closed loop system where waste from one product is used as food for another is what is meant by the slogan: Waste = Food! 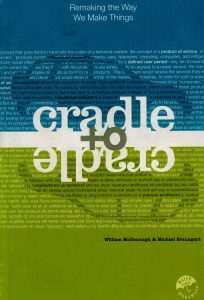 Let’s start with the basics

How did it begin and why is it hard to escape

Explanation and has further links to understand supply and demand, agents and utility and gains from trade

How The Economic Machine Works by Ray Dalio (30 min)

The high price of materialism

A bit of history and different attempts for the perfect

What is an ecosystem economy?

From Linear to Circular

The current dominant economic mindset is one that “takes, makes, and disposes.” For our society to be able to sustain in the long term, we need a shift to an ecosystem economy.

Check out these 6 videos and learn about 3 alternative economic ways of thinking: The Circular economy, Cradle to Cradle and the Blue economy.

As in a true ecosystem, there is no set standard for business models. In the following links, you will find a lot of inspiration to design your business model.

Is this bad for the economy?

The circular economy is the business model of the future and as well as today. Reducing resource use by closing the circle can save costs for companies. It also provides many environmental benefits. It is a fact that by investing in the transition costs you save in the long term. The biggest transition is that companies have to see the benefits of reducing the burden on the environment not as a cost!

Now you have an introduction to the concept. If you want to have some more in depth understanding of the concept, watch the following video’s: Ellen MacArthur on food health and circular economy, Gunther Pauli on Blue Economy and a TEDx-talk by Thomas Rau on Circular Economy.

How to become a Master in the Ecosystem Economy

The below questions are here to help you asses your understanding of the Ecosystem Economy and to help you think critically about the concepts. Answer the questions and the comments below and use this as an opportunity to ask questions, exchange ideas, and share opinions with like minded international people and vertical farming experts. 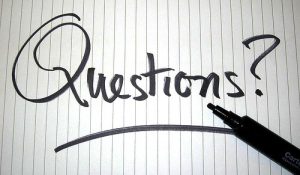